I had the pleasure of presenting at the Kitchener Waterloo Canoe Symposium this past weekend. It was a great event and a good opportunity to meet some of the people I’ve only known through Instagram, Twitter or blog posts to this point. It also gave me a chance to meet Sean and Derek, the hosts of Paddling Adventures Radio. This was a particular bonus as I’d just found their podcast a couple of weeks ago and I’ve been enjoying catching up on their back catalog. There aren’t many shows out there that cover paddling to the extent that those guys do, and by there aren’t many I mean I don’t think there are any others. 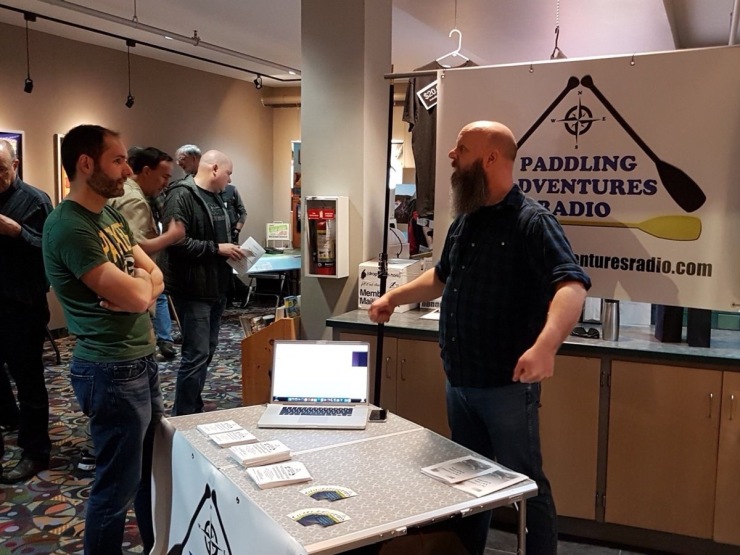 One thing that came out of our conversation was their mentioning that they had discussed my 100 Lakes goal on their show last summer. Because I’m a shameless narcissist, I found the episode and listened to it on my drive back to Ottawa that night.¹ It’s worth a listen (and not just because they spend a few minutes talking about yours truly). They start off by talking about people who have set paddling goals and what drives them, and then end with a great segment on the Boundary Waters Canoeing Area Wilderness, an area that I had the privilege of paddling through almost 15 years ago and would love to go back to some day.  While they were talking about my particular goal, they raised a question that I’ve been mulling over for the past few months. Once I finished the 100 lakes, where do I go from there?

When I first set the 100 Lakes goal I didn’t really have much of a plan for after (or for how I was going to get to 100, actually). But, even back then, I knew that whatever came next, this wouldn’t end with lake number 100. I’m someone who likes to set goals. I like to work towards something, and I think that’s pretty clear in my tripping style. 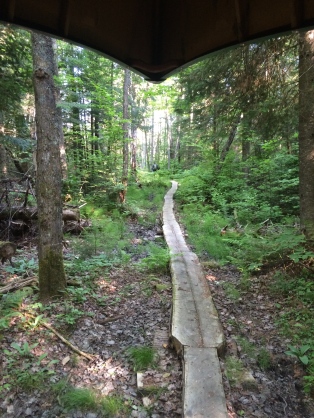 I don’t like to spend a lot of time on the campsite. I’m always curious about what’s around the next bend, what the next lake is going to look like. In other words, I like to keep going. And when I think about that, it’s pretty obvious where this is leading.

More specifically, everywhere in Algonquin. Even more specifically, every lake in Algonquin that’s on an official canoe route (and hopefully some that aren’t). That leaves me with somewhere around 420 lakes to visit. That’s … a lot of lakes, to say nothing of the various rivers, ponds, shitcreeks (God I hate creeks) and portages along the way. That’s too much for one summer. That’s too much for two summers. That’s too much for … you get the idea. I still work full time, I still have a family that I think is pretty awesome. As much as I loved the push of the 100 Lakes in 100 Days concept, I don’t want to spend the next few summers running out on my wife and kids every weekend. That being said, I do like having a time limit. I like having a little clock ticking away reminding me that I’m an idiot for putting on a time limit. So, here’s the plan: the Park’s 125th anniversary is next year. By the end of its 130th year I’m going to have paddled on every (canoe route accessible) lake in the Park.

I’m also going to set smaller goals for each summer. This summer’s goal will be slightly less grand than last summer, but with good reason. My wife and I are expecting our third baby at the end of May. Paddling will, happily, take a backseat for a few months. The only 100 themed goal I’ll be hitting this year is 100 diapers in 100 days, and I’ll get there easily. I do still have trips planned in the early spring and late summer, and it’s my plan this year to use my tripping time to see parts of the park away from where I did the majority of last year’s trips. So this year my goal is to get to at least 30 new lakes out of access points that I haven’t already visited. As for next year, I already mentioned that 2018 is the Park’s 125th anniversary and you can bet I’ll be paddling 125 lakes in honour of that.

So come along with me (literally or figuratively; if you’re reading this then odds are I’d love to trip with you). I’m excited for what’s coming, hope you are too. (Except the creeks. I really hate creeks).

See you out there. 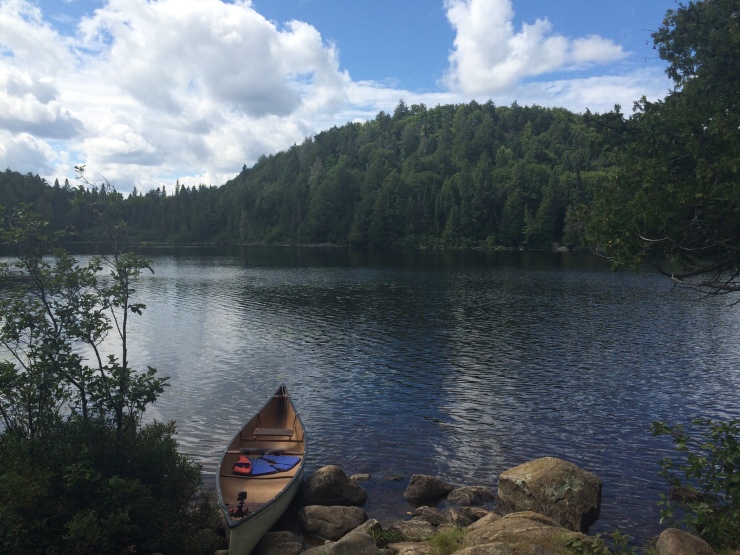 ¹ On that drive I also listened to: three more episodes of the Paddling Adventure show, parts of two staticky baseball games, the last episode of S-Town, Birds All Day, 4 minutes of a weird AM radio station that seemed pretty sure I was going to Hell, and a playlist I will always deny creating but that may or may not have included Justin Timberlake, Bruno Mars and enough Taylor Swift to make anyone, anywhere, including Taylor Swift, never want to listen to Taylor Swift again. It was a long drive