First thing to know about this site is that it’s not exactly where it shows it should be on the map. Sites 50, 51 and 52 are all slightly off compared to the map. In this case, the site is further north along the shoreline than is shown on the map (see picture at bottom). The second thing to know is that this is a pretty nice site. Definitely worth checking out, even if the map tells you it doesn’t exist.

Terrain: This is a big, flat site. It’s on a point just at the mouth of the bay that leads to the Jay Lake portage. Ground cover is dirt and pine needles, mostly. There’s a bit of a rise leading out the back of the site, and if you follow that you’ll end up in a massive blueberry patch (AKA bear trap). It’s a bit swampy around the edges, and as a result we were sharing the site with a few bugs, but it’s not terrible. 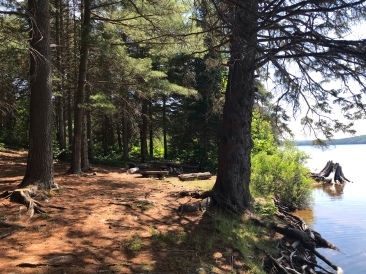 Looking through the site

Canoe Landing: This site has a wide crescent of a beach all along its south side. You can pull your canoe up pretty much anywhere, but there’s one stretch in particular that looks like it’s got the most use. There aren’t any underwater obstacles as you’re paddling up and the loading/unloading is easy.

Now this is a canoe landing 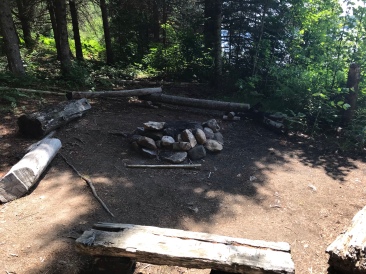 The fire pit and benches

Fire Pit: This one’s got a nice big fire pit. The pit is close to the shoreline, although separated from the water by some bushes and small trees.

Swimability: Very swimmable. The beach makes for a great spot to wade in. Like I said, it’s a bit weedy along the edges, but not enough to make you not want to go in. 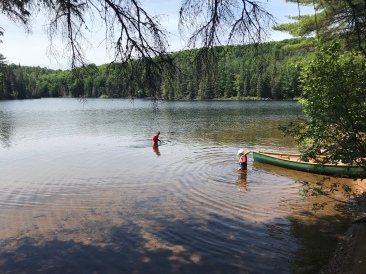 A beach on a site near the Jay Lake portage

You could put a tent here

Tent Sites: Lots of room for tents. Because it’s a big site, the tent spots are also nicely spread out. You could put five or six tents on this site and not feel crowded.

Thunderbox: Kinda old looking. There’s some moss growing on the lid and, I assume, a slightly elevated chance that the box will just collapse under you at some point. 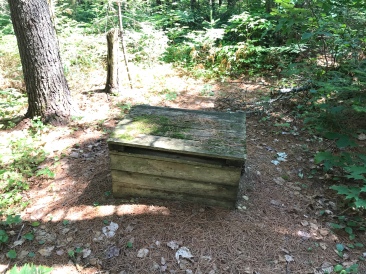 Accessories: The blueberry patch I mentioned earlier would be a nice draw (although, just a reminder, the park prefers you don’t strip mine any berry patches since they’re what the animals eat). That could also be a nuisance if it’s attracting bears. The log benches around the fire pit are pretty nice as well.

Views: You’ve got a really nice view south across Burnt Island from the shore and most of the site. There is tree cover along the shoreline for most of it, but it’s not dense. It gives you a sense of privacy without making you feel closed in. It does kind of cut the breeze though, so the site can feel hot and buggy at the wrong time of year.

Notes: This is a nice site. I’d happily stay there if I was on Burnt Island again, particularly during a busy weekend or holiday (pretty much every site on Burnt Island that’s along the main corridor between Baby Joe and Otter Slide is going to be taken during the busy times. You’ll probably end up having to paddle into one of these bays to find something).

Where the map says the site is 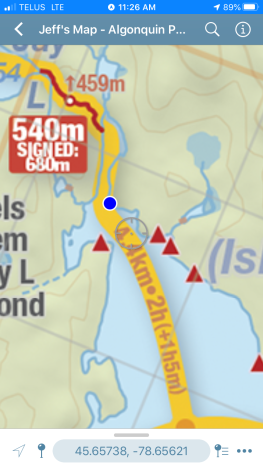