This is a big site smack in the middle of Tom Thomson (going south to north, not in the middle of the lake). As far as sites go, it’s fine. It could fit a large group, which is nice, and it’s got some cool furniture, which we’ll get to, but it also feels a bit enclosed and wouldn’t necessarily be my first choice for that reason.

Terrain: There’s a small rise from the water up to the site proper, but the majority of the site is on more or less the same level. Ground cover is dirt and pine needles, without too much in the way of tripping hazards like roots or rocks. Would be a good spot for young kids for that reason.

from the landing up to the site

Canoe Landing: Nice landing. There’s a small beach just before you go around the point into the north part of Tom Thomson. Room to pull up a couple of canoes and the loading/unloading is easy. Underwater approach is more of the same, sand and silt, so little worry that you’ll run into a rock or deadhead on the way in.

Fire Pit: Situated in the middle of the site. It’s a nice, big pit. The view out to the water is semi-obstructed, but that’s basically the case for everywhere on this site. We’ll get to the thing that makes this pit awesome in just a minute. 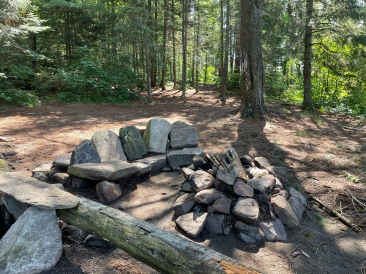 Swimmability: I’d say very swimmable. That beach makes for a good place to wade in and, if you’re feeling more adventurous, you can try pushing off from the rocky point at the end of the site. There are a few levels of underwater rock here so you can slip in and push off pretty easily. 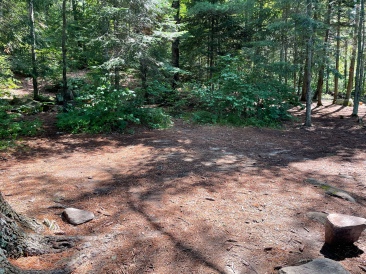 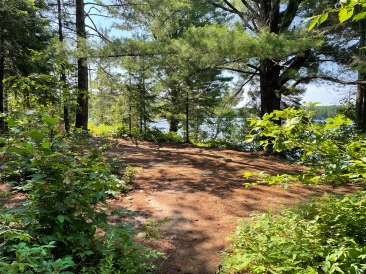 Tent Sites: Lots of room for tents. I counted at least four good spaces for 3-4 person tents. You could probably squeeze more in if you needed to. The ground is nice and flat as well, so no angle sleeping.

Views: From various points along the shore you’ve got nice views in pretty much every direction. From the interior of the site those views are obstructed by the relatively dense growth along the shoreline. 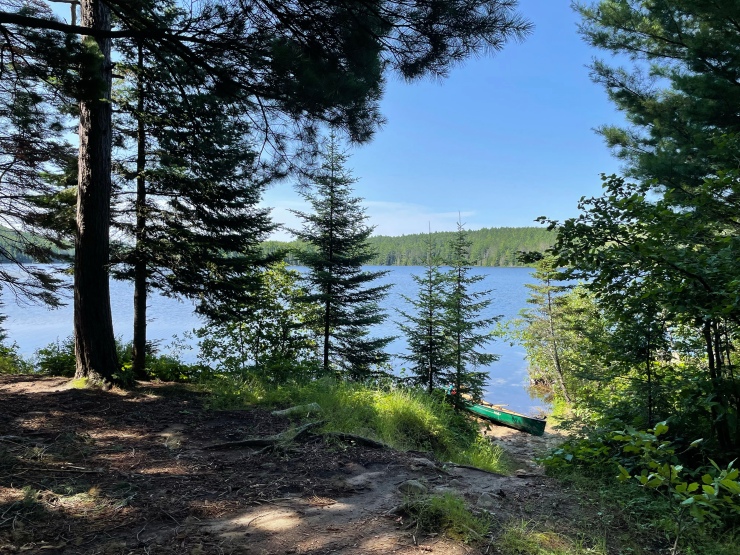 Notes: I’ve warmed up to this site as I’ve done the write up. When I started this I was all like “it’s fine” and now I’m all liked “you know what? It’s good”. Really, the only drawback is the denser shoreline, and who knows, maybe for you that’s a bonus!?